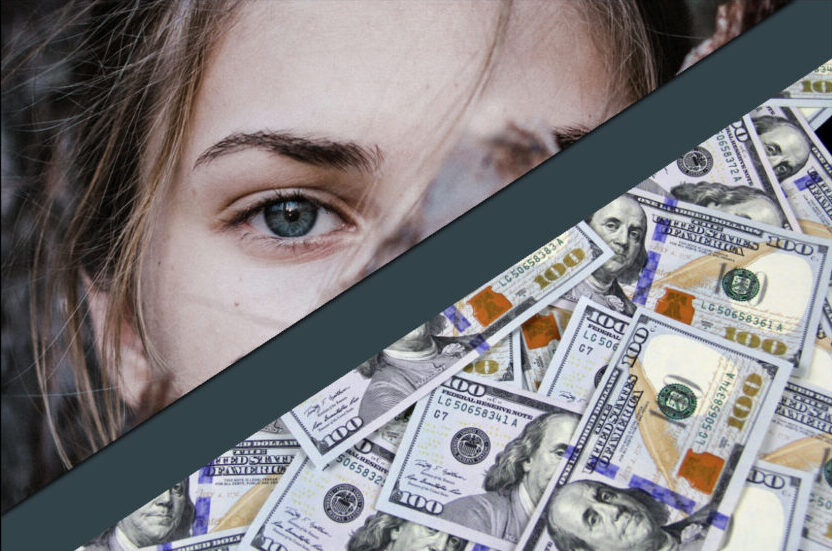 Universal Basic Income, and what the distant future inevitably holds for developed-world workers.

Oh, I’m sorry — did you actually think we’d need money forever? Checking accounts in the year 3268? Visa gift cards that your significantly-greater grandchild gets for her 10th birthday in 4821 and expire in 4824? Credit card bills overdue on the 1st of March, 2974? What exactly do you think the goal is here?

Clear out the spider webs, humans — it’s time to boot up that imagination again.

Imagine the world doing exactly what it did on an arbitrary day, say September 7th, 2018. See the runners out in the morning, the yawns as people enter their cars. The lines at Starbucks.

Then, like a video game that has one file corrupted, watch as empty hands move and appear to give money to others, appear to swipe credit cards, or tap nearfield chips in their phones — but there is no cash, there are no credit cards and there are no phones. A Twilight Zone episode.

Money isn’t necessary for economies to work. We are. Money is nothing without exchange, without two parties in motion.

It may take centuries, but assuming we survive any apocalypse aimed our way, eventually Americans will only suffer from a lack of basic needs — clean water, rice and beans, a studio apartment and healthcare — if we want them to.

That is the goal, right? To get better at being a country?

We should all have enough to eat and live safely, at least, and whatever more we desire, from upgrading our studio apartment to a one-bedroom to owning several mansions, will remain a function of capitalist instinct.

This future will inevitably materialize as long as we don’t blow up the planet or fry it to death. Democratic primary candidate Andrew Yang notably popularized the inevitability when he campaigned in the 2020 Democratic primaries for a policy of Universal Basic Income. Like passing “Go” in Monopoly, a UBI initiative would cut a modest check to all Americans monthly. A more dynamic approach, Targeted Basic Income, would respond to the needs of Americans more appropriately for now, a sliding scale that may even add a coefficient to the base amount that factors in the varied costs of living across the zip codes of our country.

The stimulus checks seemed to have broken the ice. The city of Buffalo, New York, this week announced last month it was considering a Universal Basic Income program that it will fund through a cannabis tax, and Oakland, California, will give its low-income citizens $500 a month indefinitely.

As of 2020, 55% of Americans reported that they’re in favor of a Monopoly “Go” check now, according to a poll by The Hill and HarrisX. These 55% are perhaps naive and premature. Perhaps they are right on time. How might we decide? An averaging of economists’ takes would be sounder than my own, so I at least won’t waste your time explaining where I’d place my chips. What I will tell you is that the aforementioned future should be any species’ goal — or do you want Macy’s buzzing your descendants’ virtual contact lenses April 1st, 3589 for a missed payment?

For longtime proponents, the short-term value in UBI is ostensibly in offsetting jobs losses to automation. Maybe you’ve noticed that we’ve been retiring not just humans, but jobs themselves for some time now. The process started slowly, but its rate of change is increasing — an acceleration into either couch indentations or into the wild world of active recreation, depending on whom you ask.

Think of how electricity and street lamps on basic timers literally replaced lamplighters, once a real, now-automated job, or more recently, how Travelocity and some basic call centers relieved us of the need for travel agencies and agents altogether. Next, self-driving cars and trucks will relieve truckers, cab and Uber drivers of their duties, leaving them mouths agape on curbs.

Put mildly, it’s optimistic to assume we’ll create enough jobs or expand enough industries to receive with open arms these early retirees still looking for work over the coming centuries. The amount of jobs left in the species, a shrinking list, is inversely proportional to how much automation has taken over each of our fields on behalf of humans, and to what extent in each.

If automation makes a product or service cheaper or even free, humans should take that deal. As Brad Pitt offers in Inglorious Basterds, “Damn good deal.”

Ungracious, should we refuse technology’s extended hand, we will inadvertently and increasingly base our economy on a culture of humiliation and dated taunts directed at the jobless. The reality is that these plights of others were never worthy of our unqualified ridicule, but this fact will present itself increasingly clearer by the time 10% of even recent jobs become automated, then 20%, then 50%. Sidelined, meritocratic bullies won’t bully themselves (probably); perhaps their animosity will move towards the robots that visibly did, yes, take their jobs.

Or maybe, just maybe, we’ll have UBI already in place, so it won’t matter who took whose jobs.

To think there is no economic market of exchange without traditional job scaffolds is to misunderstand what actually drives economies and what economies are. All species on this planet have economies. Economies are functions of space and time. The color green having now become a singular focal point of value, we’ve trained ourselves to ignore the economies to which we bear witness on safaris, in our backyards or even in our living rooms.

A lion pack leader exchanges the spoils of a kill with another lion, for a later service of defense should the need arise. A paternal dog whimpers and sends a guilting emotion to his mate resting across the room, and she then responds by nestling tighter — an exchange using symbols. Researchers even taught capuchin monkeys how to use currency itself. With their coins, the monkeys budgeted, gambled and prostituted.

Well before we developed our currency-based economies, we homo sapiens and all other animals already exercised these other economies, and we all will continue to do so even as automation finds its footing. With this understanding of exchange, we can even better understand microeconomics, like those in our families or relationships. If the “give and take” seems unfair, the economy stalls. Consider spats, divorce-court negotiations.

What I’ve described here is another way of explaining what Nobel Prize-winning economist John Nash did in his presentation of Game Theory: our interactions gamify themselves as we bump into others and either cooperate or defect within a framework of trade, and whether the scoreboards post publically or not, there is a net of resources both physical and cognitive that we each glean from these interactions.

Ungracious, should we refuse technology’s extended hand, we will inadvertently and increasingly base our economy on a culture of humiliation and dated taunts directed at the jobless.

Even if A.I. were to take over the jobs that we believe, mistakenly, are the forever-sole distributors of money in the society, know we already frequent other economies of exchange, and know too that we can handle the developments of waning scarcity and automation however we’d like. It’s odd that it has to be said, but it’s worth reminding each other that we are in charge of us.

We can and should recognize that we already trust these other all-species economies that keep motion and progress continuous. Jobs from which green appears to sprout were always placeholders. The Industrial Revolution, and later, the invention of the CPU, make this so, driving us towards a future that, if we aim, is 50% WALL-E and 50% gym memberships.

Cryptocurrency is not the permanent cure-all it’s touted to be, though it may come to alleviate treasury mishaps for decades still to come. Should we make it through this century or two, cryptocurrency will perhaps have been the last in a long line of symbols we needed in order to make sense of exchange that will happen anyway — exchange between either a service A.I. and a human, or a human and a human. What happens when what an actor wants is available for the low, low price of a desire? NFTs will be a singular, extra tier to the ever-ready reality. But there may be so many, that we trade them like baseball cards, not for Ethereum. The purpose of currency in these new futures will be less about “earnings”, and more about “limitings” — specifically, a limiting of hoarding.

We may perhaps live to see Universal or Targeted Basic Income, as it becomes the singular form of revenue for more and more early retirees, also reveal itself to be a placeholder, Yang’s nearsightedness in view. As cash itself was, so too are income initiatives like training wheels, to balance exchange while we re-learn to move, react, give and take trustingly and without excess in these continuing economies of a post-scarcity state, and then a post-currency state.

We will give that future Earth meaning through service to one another, through personally-made goods, through exchanges of ideas, 3-D printer schematics, music, dramas, relationships — through space and time. Old biology and new cultures will dictate that we never sit for too long. Our obligations to “show to set” each day will be to each other.

Moderation will help. Those who raid the aisles, we will shun and shame. The habit to pillage and prep may also loosen its grip. There should be no need for that kind of selfishness in the year 3711. We should all have enough to eat and live safely, at least, and whatever more we desire, from upgrading our studio apartment to a one-bedroom to owning several mansions, will remain a function of capitalist instinct. It’s habit and health balled into one, and so, peacefully we will roll along our timeline, leaving scarcity in our dust with glee.

The basics of capitalism are a kind of end goal, a permanent holding pattern while we live out our lives on Earth, working for basic survival as well as for creature comforts.

The goal is now to seek and eventually to find a state of renewable abundance for all basic survival needs, retiring jobs as regularly as we retire people. The goal is to bring into existence complete choice for all, gamified states and realities of unfettered competition, cooperation, and everything in between. Anything less, is just uncivilized. It would be odd and surprising if, in a universe as big as ours, we were the only species to survive long enough to see this eschatological endpoint and begin to sprint towards it. Much more likely is that this is simply what intelligent life does: survive and then, having ensured survival, game. 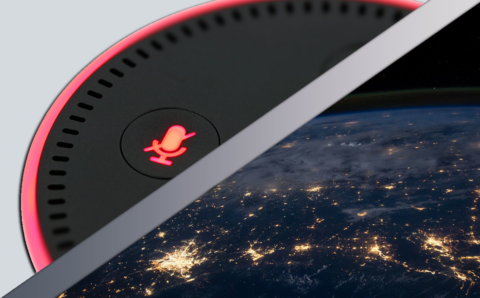 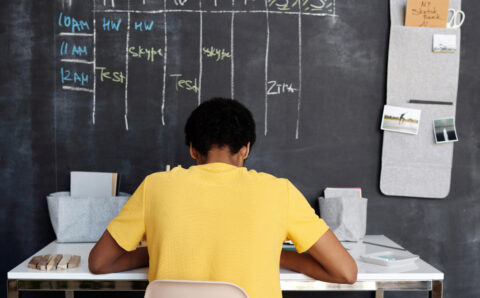 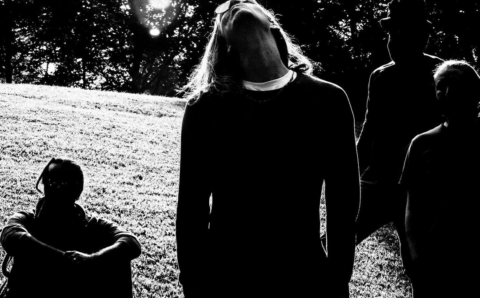