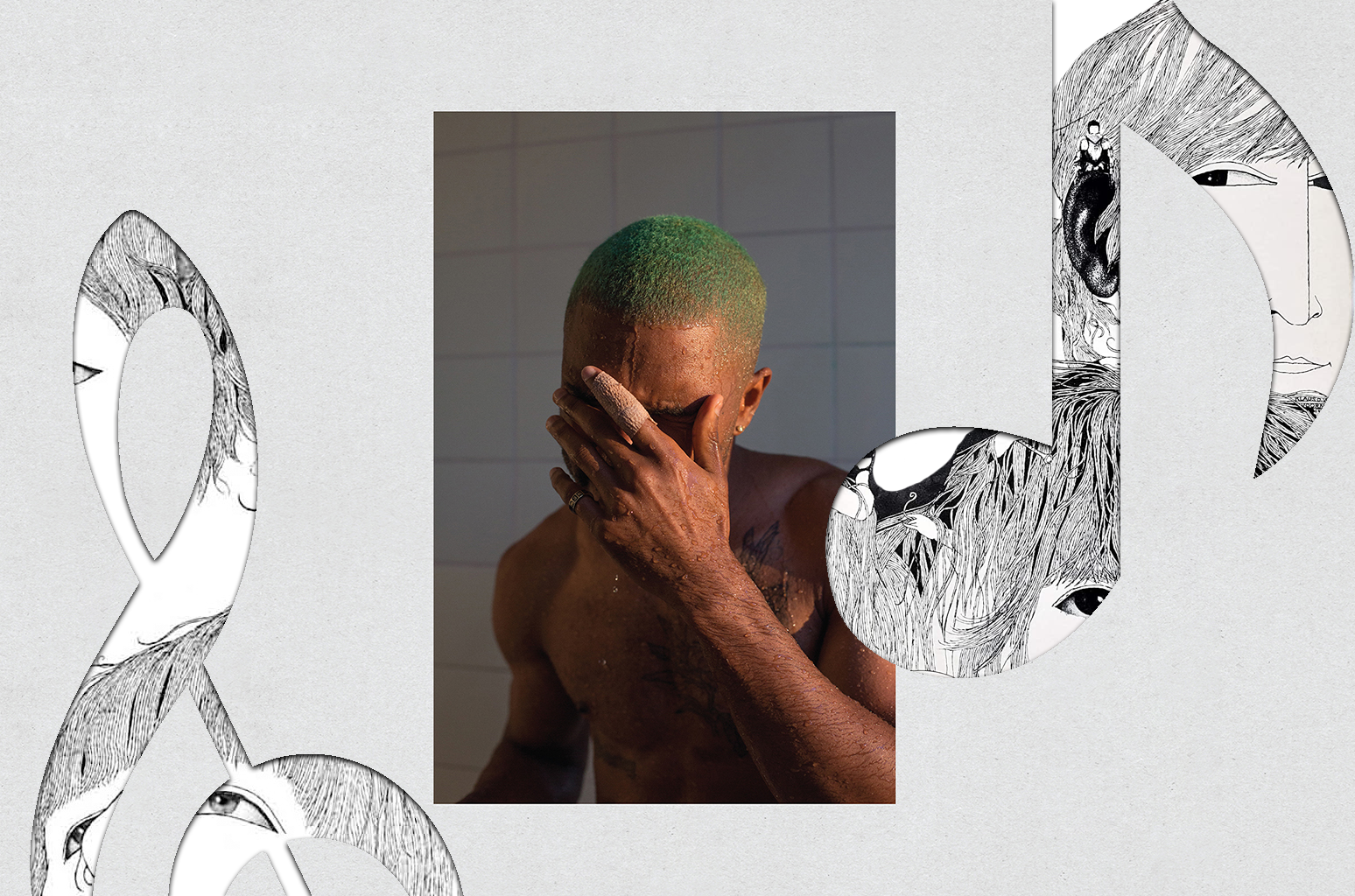 Frank lifts an occasional melody as if by flutter.

You know you’ve made it when you have a song named after you. Alexander Hamilton. Buddy Holly. Mr. Kite.

Frank Ocean also earned the honor in a song about, you guessed it, listening to Frank Ocean. The man’s on who knows how many “date-night” playlists. Amassing a monstrous following even with only two full LPs to his name, every release of his is a celebration.

Frank does something when finishing his songs that others just don’t do. Oh, they may dabble while writing, but like a cheating kid on an essay, they make sure to change a few extra words around so nobody notices their “inspiration.”

Frank injects and keeps melody allusions. In “White Ferrari“, as the song draws to a close, even, Frank moves his voice into a Beatles melody, from “Here, There and Everywhere.” The melody is so pronounced that Lennon and McCarthy get a writing credit — which means they get a percentage of what in a streaming economy is precious, little revenue.

Other artists seem a bit more sheepish than he is. Miley Cyrus and Future did pull a Frank in 2013 when they melody-sampled “Stand by Me” in “My Darlin’ ” and gave Ben E. King a cut. But Miley also got away without citing Johnny Cash when she and Mark Ronson clipped “Walk the Line” and pasted some lyrics and a melody just different enough to avoid crediting the Man in Black, in 2020’s “Never Be Me.”

Instrumental sampling in hip hop is a well-established art — and when an instrumental is the entire basis of a track, paying out is an expected expense. Artists secure “sample clearance“, their lawyers drawing up the paperwork.

Frank didn’t give credit to Elton John, Marvin Gaye or Mary J. Blige, though, when he blended what was theirs into a song all his, 2012’s “Super Rich Kids.” The bounce is Elton’s, the cheers in the background come from Marvin’s party, and Mary’s chorus knocks on the door. Together, you get what seem like altogether new genes.

We’ve seen the instrumental version of the uncredited process in rock, too. Fall Out Boy, for one, pays tribute to the opening from The Who’s “Baba O’Riley” as they sweep in on “Disloyal Order of Water Buffaloes” from their 2008 effort Folie à Deux. Everything comes together as just different enough to avoid a payday for Townshend and company.

In “White Ferrari”, Frank gave the Beatles not only actual money with the nod, but inspirational credit with a shout-out. When promoting for his sophomore album Blonde, he said in interviews that listening to the Beatles broke his writer’s block.

Only in a post-scarcity world, or one abundantly quite close to it, would a great deal of artists feel the regular comfort of unloading a full-blown melody allusion or two for sonic effect, or just for kicks.

Until then, we have the rare pleasure of Frank splitting the share and adding a human layer to a song or two, making himself both artist and fan at once. It’s a humanizing effect, and it’s fun as hell.