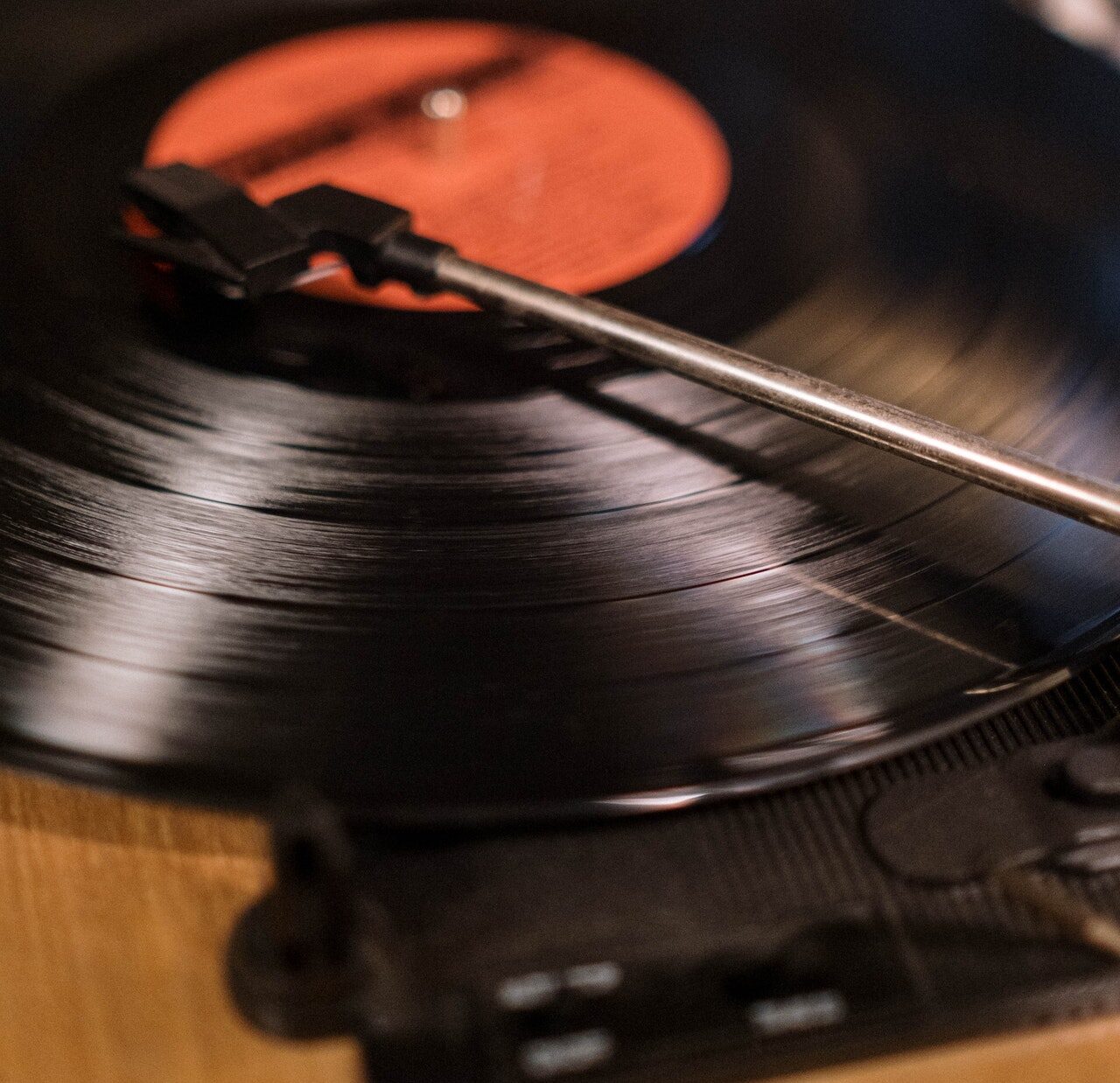 My dad was right: there is something inherently satisfying in the physical record. CDs are house cats, and vinyl, jungle — one scratches, and the other stalks and lives inside its shoulders.

My parents recently inherited several square miles of vinyl records. Of course, our local record store owner told them, none are worth a damn. He acted the cartoon villain, Boris mustache and all, chatting up regulars and ignoring the old folks with the boxes.

So my parents reluctantly appended those albums to their own basement bins and winced at the prospect of doing anything with any of it.

The record player they’ve had for years, which I also bought them in a nostalgia play, sits with a bulky receiver on the deep bottom shelf of a clunky TV media cabinet. Working it requires a NASA-like sequence of LEM routines. It plays vinyl, but cramped up, the thing doesn’t “play vinyl” like so many record players did throughout the last century, terraforming every living room. I imagine it occupies the same space in my parents’ minds that they reserve for other permanently-“off” technology, like electronic picture frames and defunct inkjets.

My big solution was to find a stand-alone record player that had speakers embedded into it — no receivers, no wires, plenty of room, centered. I wanted to find one that matched the stain on the buffet where I imagined they’d place it. All barriers, gone.

I did some research and landed on a vinyl player from Udreamer. Its speakers wouldn’t put out much volume, I knew, but they’d work without fuss.

If I were to shrink like Rick Moranis, I could walk across that pattern like an unlevel sidewalk, translate and blaze the assumed digital into the definitively physical.

It wasn’t exactly Christmas morning when they opened it. I think they were grateful, polite, even optimistic that if I was giving them something they already had, there must be a reason. They have music streaming services on their phones, which they use daily and conveniently, and they remembered the record player I had already bought them: they walk by it every day. I imagine they also worried I had spent too much. I hadn’t.

It was when I opened the box for them and plugged it in that things got much more interesting. My dad yelled at my mom from across the room, “Grace! It plays 78s!” in the same tone a kid with a new Hot Wheels track in his hands would yell “It has real, flashing lights!”

Imagine my surprise when it was they who started explaining to me, their tech-support son, how this technology “really” worked. Confidently, they smacked each other’s hands away to play with it like they were taking turns with a video game controller.

Using the Udreamer is easy and just like the old players. The power trigger is on the volume knob. You toggle the speed via a switch for record size. The needle is gentle and slow — you move it like you’d move a specimen in a lab.

For those who either don’t remember or never knew, unlike the blur of a spinning CD, the speed at which the record turns is discernable, if dizzying; you can still read the label mid-play. The actual crests and troughs of the grooves pressed into a vinyl mirror the shape of their physical sound waves. Tracing, the needle visibly shimmies like a seismograph’s.

I know that the “cloud” is really just a server farm elsewhere. There is a strange comfort, though, in knowing also that even my digital to-do document and calendar notes exist as physical switches tucked away in some microscopic, solid-state space — scattered grooves. If I were to shrink like Rick Moranis, I could walk across that pattern like an unlevel sidewalk, translate and blaze the assumed digital into the definitively physical.

These etchings, in plastic and metal alike, are reminders that we are in touch with what is, even the small, the pocket-sized, the streamed. There is nothing we save that isn’t physical, just as there is nothing we trash that disappears completely. It all emanates into plumes of degradation or wakes of experience. What the few technology-transparent experiences like that of vinyl can calcify is the old and accurate worldview that there is no divide between the universe and ourselves — and no, Spotify can’t do that.

Cartoonish hipsters ten-layers caked with irony are not the only ones who should benefit from recognizing the physical in the invisible and inhale the crackle of vinyl sound like nuanced incense. As we move into “the metaverse” and start recreating physical experiences in increasingly veiled binaries, we’d do well to remember that while some of life could use new skin, if done right, there’s still room for some of the same.

All new technology will surprass the old versions, peaking with one singular winner.

We will reach a plateau with each kind of technology, on which several recent generations may each live and thrive for different utilities in different experiences.