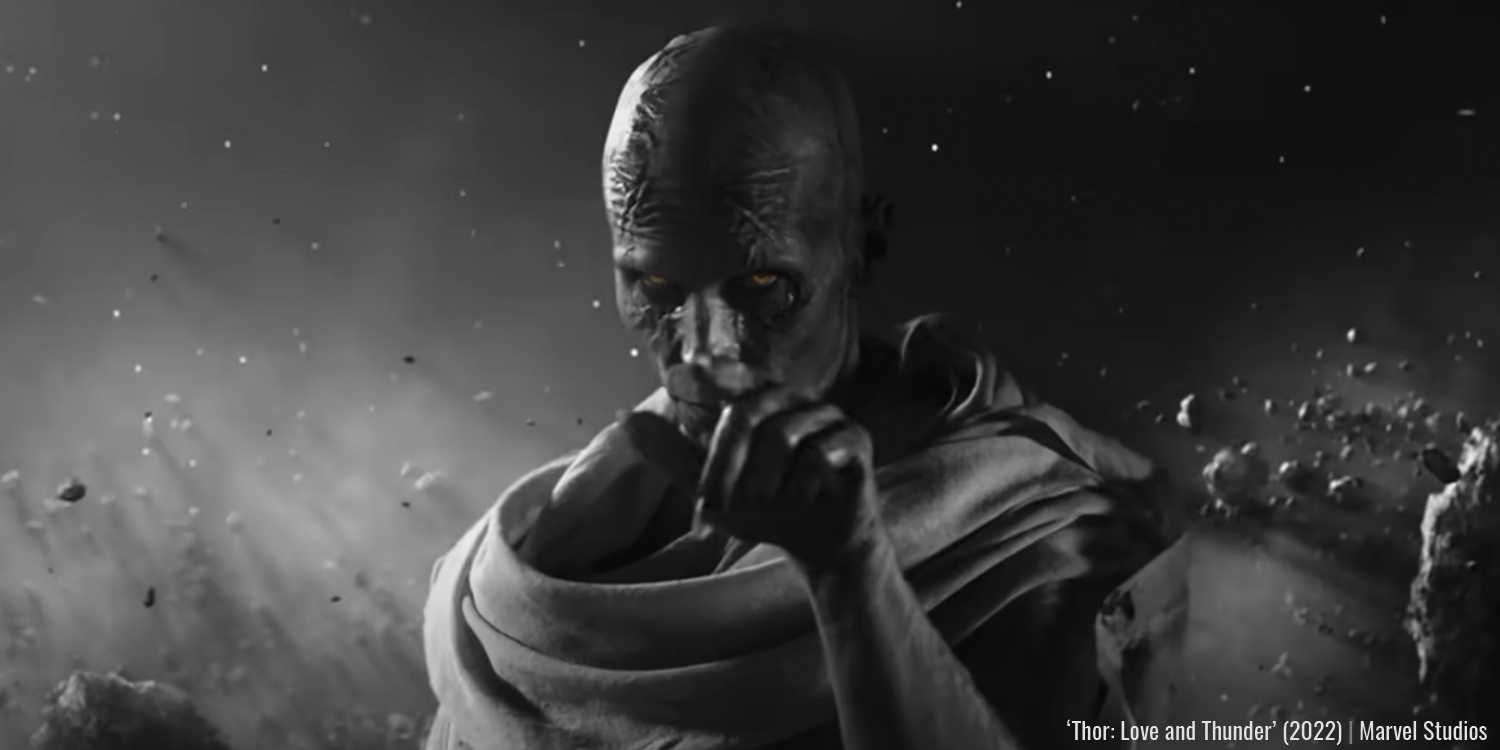 ‘Thor: Love and Thunder’ isn’t for everyone. Isn’t that what you wanted, everyone?

After seeing Dr. Strange and the Multiverse of Madness, I wrote that Marvel Studios has finally turned into a Ponzi scheme, endlessly deferring substance to later films. I lauded the creativity Marvel’s chosen filmmakers do express, leading into and sometimes through expositions, but lamented the boss-battle tropes, which punctuate poorly.

So imagine my surprise at the unenthusiastic audience and critic reactions to Thor: Love and Thunder, a film that resolves nearly every Marvel complaint moviegoers like myself have been voicing.

The plot follows a genuine threat to gods like Thor: “Gore the God Butcher,” played by Christian Bale. A disgruntled, former zealot, Gore defects and derives new power from an enchanted, demonic sword. He embarks on a tour of the galaxy, landing on Earth in New Asgard for an initial romp on his way to commit multiple counts of deicide. Scooping up Asgardian children, he intends to incite Thor (Chris Hemsworth) and other gods to engage.

Mercifully, the villain is a human this time. Bale steals the show with what I can only read as a full-throated, villainous response to his Dark Knight co-star’s indelible Joker performance. This villain’s stakes, too, are philosophical; there is no Macguffin gem to covet.

The battles in Love are hand-to-hand, relying on choreography more than CGI. Importantly, the stakes are not dimensionally existential. Gods are under attack, but the universe will live on regardless. Earth will not perish. The multiverse will not implode. The stakes are therefore believable within the fiction, and simultaneously pointed and lush enough to lose yourself.

The historically plodding plotting in the middle third of Marvel movies gets a lift here from Russell Crowe, who essentially plays a caricature and definitely has a blast. Tessa Thompson oozes charisma with every glare. Oscar-winner Natalie Portman flexes a few comedy chops, but is left mostly to conjure dramatic work as her character battles cancer.

The IP tie-ins to other movies lead Love before stakes rise, the characters quite literally flying off the second the main conflict appears. They do not later resurface as a deus ex machina.

Director Taika Waititi’s flashy humor is expected, and choosing to go see it and then complain is not unlike buying a ticket to see Carlin in the 90s and getting upset when he goes on a rant.

Ragnarok, Watiti’s last outing with Thor, grafted 80s neon palettes onto the MCU. Love and Thunder goes with 90s bright pastel and iridescence, cornflower blues and light-orange that you’ve only seen paired before on a Surf-style jacket. No other movie, Marvel or otherwise, looks like Love. You may enjoy just watching this movie, which allows you to forgive when you don’t follow it.

The most competent complaints about Love have cited the film’s juggling act of tone. Yes, it juggles, but it never drops its props, jokes rarely making their way into high-drama and vice versa. I won’t fault the perfect juggler, though I confess, juggling isn’t impressive to everyone. Thor: Love and Thunder isn’t for everyone either. Isn’t that what you wanted, everyone?