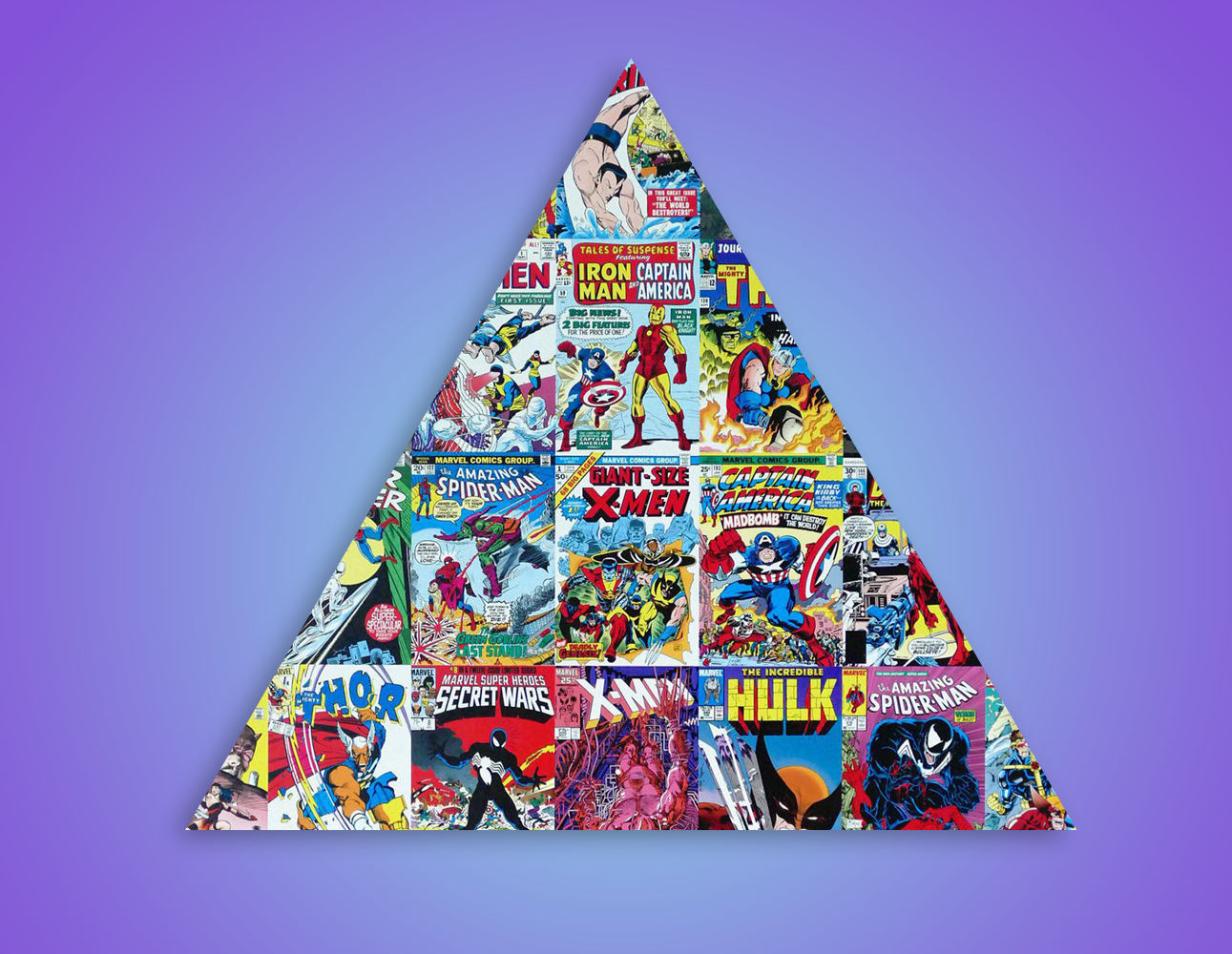 Oh, you’ve noticed. The middles exist exclusively to prove a threat of the highest order, against everyone, everywhere, forever. They’re serious this time, guys.

The finales are boss-fight checklists.

But in the first thirds, the occasional lean scene improvises not unlike a new comic artist under a lamp, the right card stock below and marker in hand.

Since Marvel’s second phase concluded with Endgame in 2019, studio head Kevin Feige and his teams have done little more than zombify and churn dirt. These years mark a kind of “Spider-Man 3” era for Marvel, Raimi’s historic ’07 miss now macrocosmic. That a Raimi film is the one to demarcate so clearly quality from quantity within Marvel’s catalog is more than a coincidence. His involvement here in 2022 with Dr. Strange in the Multiverse of Madness signals studio fidgeting and a summons to original, higher powers.

All involved remain tight-lipped, but the filmmakers behind Madness in January 2020 ostensibly had a crisis of faith mid-production, shedding director Scott Derrickson, who helmed the first Strange, and conscripting Raimi instead.

Marvel TV continues to prove not as reliably praiseworthy as past Marvel films. Fans and critics alike regard Wandavision and Loki well, but mixed reviews haunt the plodding Falcon and the Winter Soldier, Hawkeye, and Moon Knight. Impressive individual acting performances and banner episodes can’t elevate much of it beyond the level of average drama, a space where, absent new ideas and ideamakers, Marvel isn’t even making a competitive bid to occupy, but by virtue of changing little else, has inadvertently planted.

Part of Marvel’s trepidation in pursuing new formulas sources to us fans; we in the seats expect too much of the same. Madness earned $185 million of our dollars in its opening weekend, and it is very much the same. We wince at the mere mention of significant screenplay risks, armchair positions on what the “real character” would do, and in binaries we reward the filmmakers only when they’re entirely successful, leaving little room for incremental growth.

Worse, we want so badly to justify our continued obsessions with these characters, and our continued counterargument against pretentious know-somes like Martin Scorcese, that we watch tasteless drudge cooked to our warped palettes and have the audacity to think ourselves objective, and the food exceptional.

Delusions thinning, even a mid-tier but original genre movie can engage an audience more than anything Marvel now brands. These new competitors are a dime a dozen-billion.

Like comic books, comic movies simply will not kill off their most profitable protagonists. Superman: continually syndicated since 1938. Batman: 1939. Iron Man: 1963. In comics, you kill, resurrect, switch universes, switch planets, invent an evil twin, name a copycat successor. Anything but annihilate the line.

The modern Marvel Studios run started in 2008. Of all main title and ensemble heroes, only two have died without a multiversal, second debut. And with as much dicking around with the fabric of existence as there is to solve even personal identity crises — looking at you, Peter Parker — why wouldn’t we run into those more-than-main characters elsewhere? It actually starts to read as odd that we haven’t.

To manufacture novelty, Spider-Man: No Way Home had to sew together several Spider-Men and have them suit up for several boss fights. We lauded it for its creativity.

Madness begins in media res. Heroes already under siege, score at full capacity, there is no drama. Every character is sacred because they are cash, wheeling, CGI-dealing cash. Even the brand new ones. The effect is near-literal: you’re seeing an icon hopping through explosions with only a handful of curated cuts on their skin — never protagonists of realistic, suspense-carrying flesh and blood. Here, Scorcese’s “some.”

Madness follows the consequences of unevolved humans and superhumans manipulating the multiverse and risking all life, again, for personal reasons, again. New hero America Chavez (Xochitl Gomez) harbors a power that could save or doom us all. She and Strange (Benedict Cumberbatch) “buddy” and “cop” their way through interdimensional hijinks designed to appear consequential but amount to little more than a few page flips.

Crossing paths is Elizabeth Olson, who reprises her role as the Scarlet Witch and pads her potential, future Oscar-legend reel with enough twitchy content to earn a stream of offers through the next decade. She does a lot with a little and is by far the most compelling set of brushed pixels on screen.

But you know how this movie ends without seeing it. No amount of Raimi technicality or horror chops can save us from the known comfort that all resolves, always, for everyone.

Marvel’s model remains “right” for as long as we keep showing up. And the reasons for our attendance are increasingly FOMO-based.

“Well, I’m all in.” “I’ve put in this much time.” “I still like my favorite characters.” “It’s something to do.” “Well I have to see this one to understand the rest.”

This is a pyramid scheme, deferring the debt of actual story, ad infinitum. It cannot last.

So the gig could be up. Not that they’re the only comparison — other studios have plenty of hero-heavy IP, too — but DC has, by far, the more earnestly creative model at the moment, and Vegas odds for this decade should fall their way. Joker was a genuine risk, a new story. The Batman, less so but still a hard reboot with a distinct new tone and a nearly untapped era for the bat in film. Sony’s Deadpool another. And as far as sci-fi action and multiverses go, the imperfect but at least original A24 outing Everything, Everywhere, All at Once is far stranger than any Dr. Strange film.

Whenever DC has aped Marvel, they produce grade-A nothing. Both Suicide Squads are Guardians of the Galaxy facsimiles, with the more recent becoming an exercise in nihilistic uncreativity from the very same guy behind Guardians, James Gunn. His work on the film read as little more than a middle finger to Disney who dropped him at the first sign of cancellation. I guess it’s fresh and edgy to remake an R-rated version of your own movie from 2014.

Can we please stop pretending there is something novel about any of this?

In Madness, Elizabeth Olson must act within the tirelessly tread narrative of a mother doing anything to save her kids. Subversive. I’m not sure Disney is as progressive as conservatives think.

One of the few memorable impressions of Madness lasts only seconds but is still thievery, a Guardians-styled jamboree where cartoon and reality actually meet, universe hopping that does more than grow bizzaro mustaches and swap hairstyles.

Later, there’s a zombie of a major character, reanimated. I wish it were meta, but I’m pretty sure I was just supposed to gawk and munch.

A few Evil Dead nods and jump scares are welcome — but, politely, I didn’t care for the new Dr. Strange the same way I don’t care for leftovers by the fourth night. There is no appetizing version, only excuse and obligation.