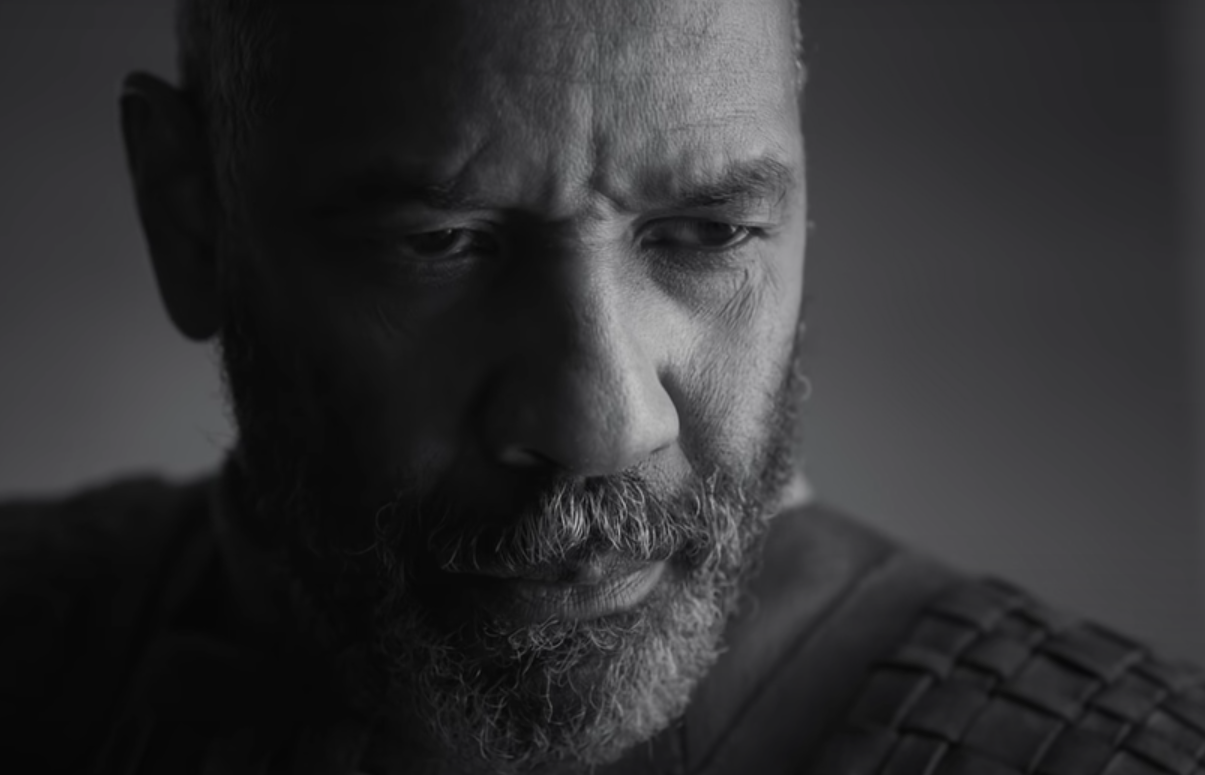 From the nave to the chops, Joel Coen’s first solo-directorial outing is coming for you. Coen’s taking on Shakespeare in The Tragedy of Macbeth, with Denzel Washington and Frances Mcdormand taking top billing. Full of witches and plots of regicide, “the Scottish Play” is more than just something your drama friend whispered about like it was Voldemort. Macbeth is one of the most surreal and disorienting narratives ever told, and in that surrealism, may do more to illuminate the real mystery in the unvierse than even our most empiricist philosophers have ever been able to.

Director Justin Kurzel’s 2015 big-screen adaptation, starring Michael Fassbender and Marrion Cotillard, was a “Game of Thrones” inspired, bloody rapture that capitalized on HBO’s 2010s’ medieval mayhem and brought forth from the fog a visually arresting version of the tale where dialogue came second to smoke machines and orange light. As consistently brilliant as that adaptation played, Coen’s, which already screened at this year’s New York Film Festival, has positioned itself as a resetting, minimalist alternative.

Whenever Shakespeare’s adapted for modern sensibilities, filmmakers’ creativity spikes, and we get gloriously strange and anachronistic beauties like Baz Luhrmann’s ’96 production of Romeo + Juliet. The original scripts leave plenty to the hands of capable directors, and Coen will surely have his on every pixel.

Something wicked this way comes: The Tragedy of Macbeth will hit theaters on Christmas day 2021, before premiering at home on Apple TV+ on January 14th, while 2015’s Macbeth is streaming on HBO Max, now. Spoiler-light, here are the sequences of the story most worthy of a close watch for how Coen and co. will choose to stage them and stand out from the crowd, including from Kurzel’s bloody entry.

DINNER WITH A GHOST

Dinner parties can be stressful enough for hosts without ghosts showing up uninvited. When one appears, do you set an extra place? Are ghosts vegan? Lady Macbeth must grapple with aristocratic arithmetic when her hubby unravels in front of esteemed guests and insists there is in fact, one extra. The antics in the scene between she and Macbeth will remind you of a couple kicking each other under the table. Actors and directors adjust between earnestness and humor, here — their choice, a place setting for the final act: set right, what’s served is exquisite and catastrophic; set wrong, and the end will feel like stabbing a steak with a spoon.

“What, will these hands ne’er be clean?”

If you’ve ever tried scrubbing tree sap off your hands at Christmastime, then you already know the way Lady Macbeth will go at her hands to scrub clean the stubborn stain of blood. Cotillard didn’t stage the original scene at all, she and Kurzel opting instead to graft the same lines into a sinful prayer beneath the kind of luminous cross you’d see atop a Nevada chapel on the strip. Coen will likely play it more traditionally, but could still add Christian symbolism to his frame. Spilled holy water. Max Von Sydow beneath a street lamp. Guilt is a canvas.

“…full of scorpions is my mind”

When a floating dagger leads down a hall, the director is who decides whether or not a specter’s arm is attached. Hallucinations move the action in Macbeth. Ghoulish combinations of witchcraft, soldiers’ PTSD, sleep deprivation, and bipolar give way to visions and violence.

Coen may opt for simple camera flickers over CGI. The doom and simplicity of his soundstages, all presented in black and white, will remind audiences of 40s and 50s horror, effective and still. Coen will likely resurrect the same discipline and quiet of Javier Bardem’s Anton, walking without affect in the Coens’ No Country. Washington may skulk about his castle in a similar mode.

The scarcely lit life of the medieval world is easy enough to apply some special effects to, though, scaling out of the uncanny valley with period realism in hallucinations you, and Macbeth, barely see.

“Then yield thee, coward, and live to be the show and gaze o’ the time: We’ll have thee, as our rarer monsters are, painted on a pole, and underwrit, ‘Here may you see the tyrant’…”

A lot will be written justifiably about Frances McDormand and Washington, but foil Corey Hawkins will be the fire under them. Hawkins will star as the nobleman Macduff, opposite two Oscar winners, with another behind the camera. Macduff has Macbeth’s fatalistic and messianic psychosis to battle as much as he does Macbeth’s sword. Variations on shock and confusion won’t do. Hawkins will have to dial into a feeling of existential betrayal nearly akin to that of Macbeth’s, but grounded and empathic. Sean Harris, perhaps known best for his work as sinewy villain Solomon Lane in the Mission Impossible franchise, delivered a powerhouse Macduff performance in Kurzel’s Macbeth. Playing Macduff demands a level of hybrid nuance few characters require, and fewer actors ever have the audacity to attempt.

“What are these so wither’d and so wild in their attire, that look not like the inhabitants o’ the earth, and yet are on’t? Live you?”

Nobody does bemused like Denzel. He is always five unironic steps and a smile ahead of the closest competitor on screen. Near the beginning of the story, Macbeth is tickled by the witches and yucks it up with his pal Banquo, elbowing him in the side before they go home to get loaded and celebrate a war won. Expect to enjoy the balanced Denzel at the beginning as much as the karma-burdened soul the tragedy inevitably abrades.

“As the weird women promised, and, I fear, thou play’dst most foully for’t…”

Nothing clacks louder than the pointed shoe of a witch. Dramatists horror-fy every syllable. Stereo voices encapsulating, cauldrons bubbling, the presentation of the occult stuns.

Kurzel’s witches made more appearances than Shakespeare’s script ever outlined, floating into view as observers. Their faces will signify incoming change and trouble that’s already afoot. They are ironically the realists within the machinations of mortals, existing confidently at the crest of fate we all wish were fantasy.

“But screw your courage to the sticking-place, and we’ll not fail.”

At the Globe when the first Lady Macbeth told her husband, “screw your courage to the sticking place,” the metaphor wasn’t a double entendre. Now, the pun directs itself. Kurzel’s adaptation actually has Lady Macbeth seduce Macbeth demanding he “screw” a blade into the king. It’s a twisted taunt blurring lust and murder, and an opportunity Kurzel seemed happy to take up.

Lady Macbeth begs spirits to “unsex” her, unstrapping from binary gender. Every ambitious lust of hers embraces the profane. Sex-infused or not, McDormand’s version of the scene will be plenty manipulative, with a bite on her tongue all the same.

“Life’s but a walking shadow, a poor player that struts and frets his hour upon the stage and then is heard no more: it is a tale told by an idiot, full of sound and fury, signifying nothing.”

We’ve seen Denzel widen his range as an actor in every way along axes of genres, scenes from ecstasy to destruction. Never before, though, has he had to widen his eye to the whole of existence and wax philosophy on the nature and oddity of the universe as it sits. It’s Kafka mixed with the Dalai Llama mixed with Morrissey when the famous Macbeth monologue ignites. Fassbender’s take was disturbing first and foremost, almost undercutting the universality and insight of the musing with a visual to give you nightmares, instead.

There’s daggers in men’s smiles: Denzel’s version may pierce us deeper and permanently, more true to Shakespeare’s original blade, which deviously disguises awareness as insanity and dares us, “Listen.”