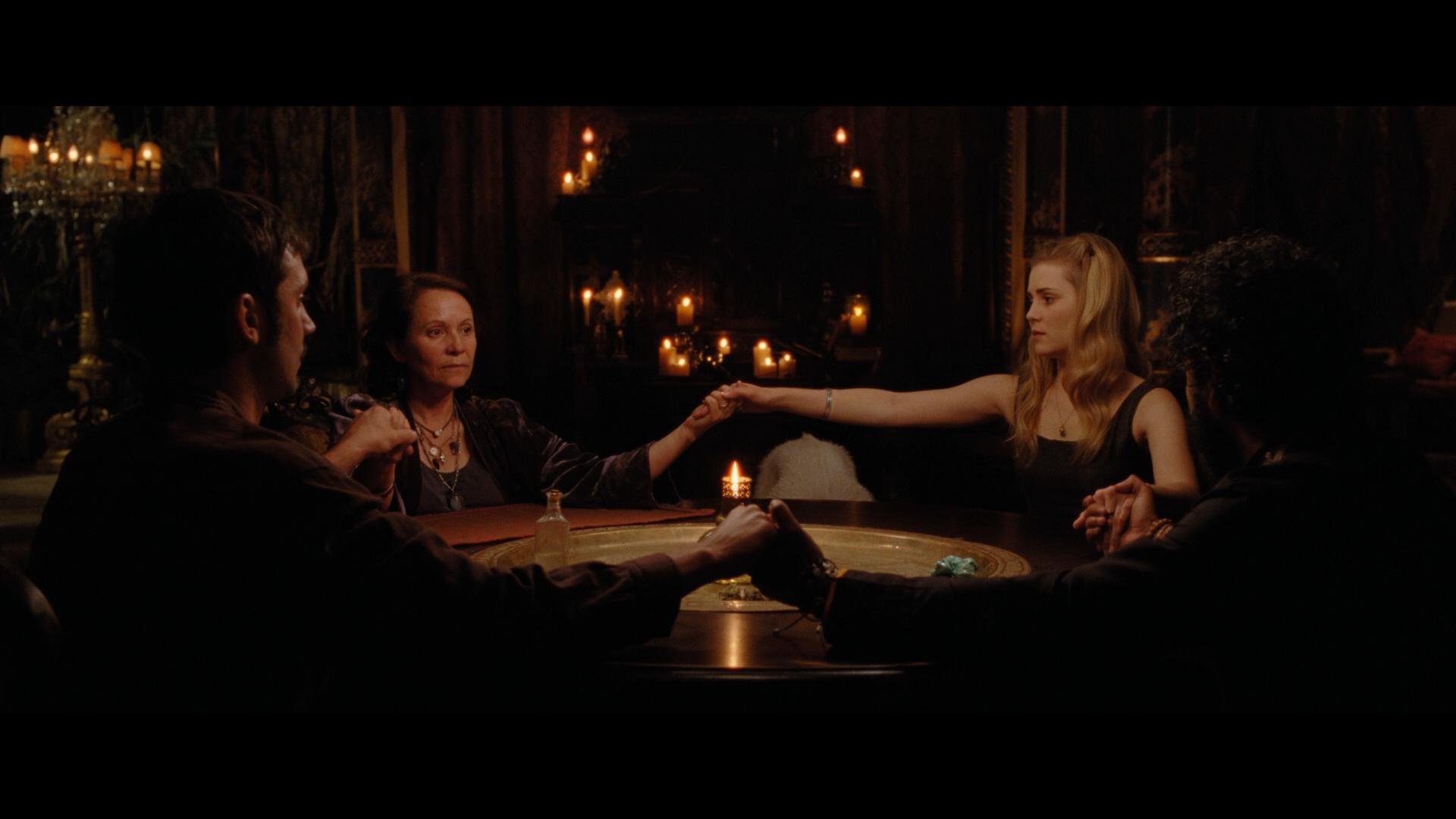 Jesus spoke not a word about Hell, so the filmmakers had to mad-lib some things — but the end result is a popcorn-munching blast.

After seeing Lil Nas X snap Satan’s neck in “MONTERO (Call Me By Your Name)” last month, I decided to see what all this “Hell” fuss was about. Peacock was streaming Drag Me to Hell for free, so I figured, “Why not?”

Sam Raimi, of Evil Dead (1981) and Toby McGuire-era Spider-Man (2002) fame, directs. As he often has, he co-authored the script with his older brother Ivan. Calling Sam’s contributions to cinema “prolific” would be an understatement. Ever since he burst onto the scene with the tongue-in-cheek, original Dead, he’s continuously carved his way through the industry as a machete might an aloof lead’s neck at makeout point.

Recently, Sam has produced a couple of real horror gems. The creature feature Crawl (2019) stars Kaya Scodelario and Barry Pepper as they battle against sharks in a flooded basement (yeah), while Don’t Breathe (2016) finds a few breaking-and-entering teens facing off with a blind but very pissed off vet. In 2022 we’ll get a chance to see what he can bring to the Marvel universe, when Doctor Strange in the Multiverse of Madness hits theaters, and probably Disney+ Premier.

In Drag Me to Hell, Alison Lohman plays Christine, a woman who, much like the women of today, lives in a world full of assholes, including her boyfriend’s mother. Apple guy recently turned Intel guy, Justin Long, plays Clay, the boyfriend with that gem of a mother, and the type of adult who still has to call their dad “sir.” There’s a goat who is really well cast, too.

In a “that guy” appearance, David Paymer (Ocean’s Thirteen, City Slickers) provides some dad-jeans energy as Lohman’s boss. And as a bonus “that guy”, Dileep Rao (Inception, Avatar) looks comfortable in his role as a self-assured psychic who introduces himself as a “seer” (that’d be the other kind of “seer”, not the kind you grill onto your petit filet).

So the morons around Christine conjure in her enough callousness to turn down an old lady who’s applying for a loan. The lady also has some fun stealing candy, leaving dentures on desks, casting death curses on people just doing their jobs and generally being just a different kind of asshole. It’s okay: she gets stapled in the forehead a couple times when she tries to hijack Lohman’s Ford Escort.

The Raimis wanted laughs as much as screams, and the screenplay shows it. Drag Me to Hell rides on the tracks that movies like Sam’s own Evil Dead laid. Stuart Gordon’s Re-animator (1985) and Wes Craven’s Scream (1996) kept the engine running for a couple decades, with now-streaming winners following close behind, like You’re Next (2011), the Chris Hemsworth vehicle The Cabin in the Woods (2012), Tragedy Girls (2017) starring a pretty brilliant Brianna Hildebrand (Deadpool, Deadpool 2) and the wry, Adam Scott flick Little Evil (2017), which reads like a cross between an Apatow and a Raimi. These self-aware supernatural and slasher romps dial in different levels of horror and comedy, each, with Little Evil and Drag coming the closest to outright parody.

Drag Me to Hell’s dials are, more or less, even — and the commercial break spots on Peacock add an added layer of humor, what I swear is some NBC intern’s idea of a practical joke. Some twenty-something is telling her friends in a Brooklyn apartment, “Look, look — I cut to that commercial.”

The Raimis designed the hyperbole in Drag as humorous, but it will do a number on any weak stomachs watching. After approximately one Tarantino of blood squirts, Paymer asks at one point, “Did I get any in my mouth?” One of the dream sequences involves a veritable water stream of maggots. There are plenty of WTF moments that would send a crowded theater both crawling back into the seats and cracking up about the reactions they see in each other.

Attempted jump scares are in abundance, but do lean heavily on standard cues. Horror aficionados will likely move through the movie unscathed.

Drag Me to Hell is a brand of horror that puts all-around entertainment first. Though it does a damn good job of entertaining, the movie’s musings on morals, which the Raimi’s intentionally grafted into the production, wind up as part of the joke, perhaps unintentionally, only slightly elevated as the setups instead of as the punchlines.

Some tropes do distract, but purposefully as a kind of comedic relief: a demon’s voice in Dolby surround sound, objects spontaneously lighting on fire, crusty fingernails.

The finale is genuinely jarring, even for horror fans — but for more consistent supernatural horror, true dread, try Lights Out (2016) over on Hulu. It digs into your skin to a depth that tropes, meta or not, just can’t attain.

If you want a modern treatise on morals, though, look no further than the Raimis’ catalog, Drag Me to Hell very much included. Jesus spoke not a word about Hell, so the filmmakers had to mad-lib some things — but the end result is a popcorn-munching blast.

Unaware horror without a sense of its own DNA.

Self-aware genre flicks that deliver in every which way jaded audiences want to be wowed. 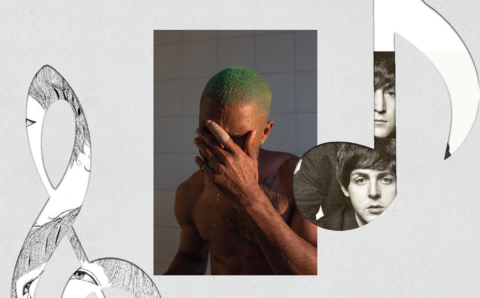 Frank Ocean, giving credit where credit’s due: “the Melody Allusion”

Frank lifts his melodies as if by flutter. 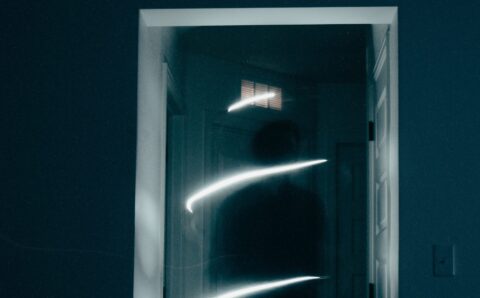 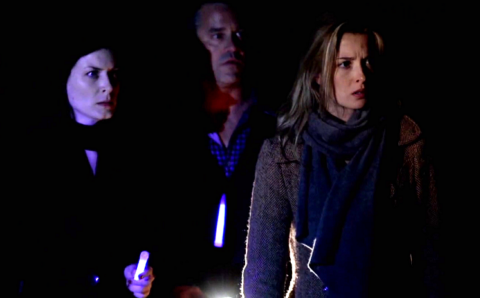 Dine-in tonight: ‘Coherence’ is a sci-fi horror delight streaming on Hulu and Prime. 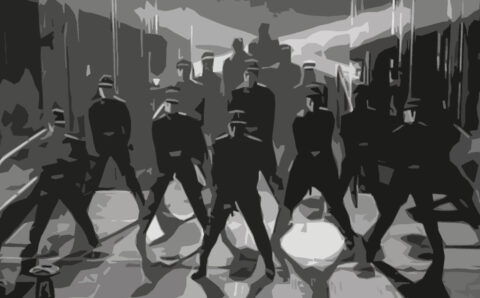 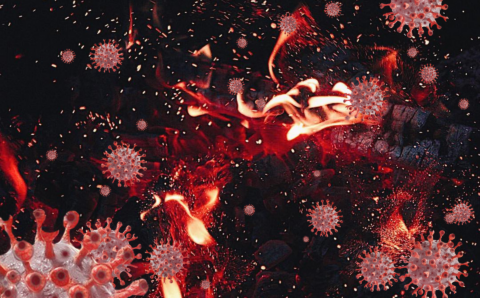 The GOP ‘Inglorious Basterds’ itself.